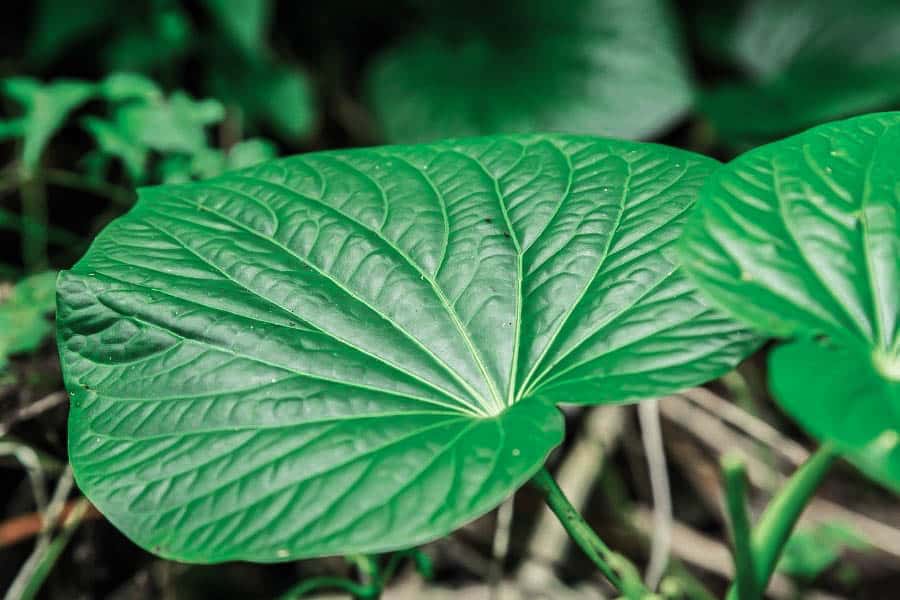 Kava, also known as Kava Kava or Piper methysticum, has been used as a ceremonial drink in the South Pacific Islands for centuries. It’s a tall shrub that produces large, heart-shaped leaves and long flowers. The roots of the Kava plant are used for ceremonial and medicinal purposes.

Kava is a central nervous system depressant similar to alcohol and is said to relieve stress and promote feelings of wellbeing, muscle relaxation, and sleep due to its anxiolytic effects. Multiple clinical studies also support that Kava could help treat insomnia and anxiety disorder symptoms.

The main active psychoactive ingredients in the kava root are called kavalactones. These ingredients include kavain, dihydrokavain, yangonin, methysticin, and dihydromethysticin. In addition, Kava also produces flavokavains—chalconoids with anti-cancer, anti-fungal, and anti-inflammatory properties.

People native to the South Pacific Islands—mainly Vanuatu, Fiji, Tonga, and Hawaii—use Kava during cultural and religious ceremonies to create a state of altered consciousness. The root of the ethnomedicinal shrub is traditionally crushed, ground, or powdered and soaked in water or coconut milk to be drunk as a tea.

While many people outside the Pacific Islands also prefer to grind the root and strain it themselves, Kava is available in multiple forms such as micronized powder, liquid concentrate, and pre-made elixirs such as brands Leilo and Feel Free.

What are the different types of Kava?

Variations in growing conditions—such as soil type, amount of sunlight, water available—and different plant strains mean the strength of the kavalactones can vary.

Before exploring the different types of strains, it’s best to research which kind of effect you are looking for. For example, heady Kavas are great for daytime use as they are more likely to make you feel uplifted and euphoric, whereas heavy Kavas can relax your body more and give you a sleepy feeling. Balanced Kavas are somewhere in-between. But keep in mind, many people may experience different side effects compared to others with various Kava strains.

Types of Kava strains that you can find at Front Range Kratom and CBD:

Puoni Ono from Tonga – This heady strain is ideal for daytime use and has the least tiring effects compared to other types. It’s a great social Kava and is said to be the best tasting.

Loa Waka from Fiji – A balanced Kava great for daytime use, but in larger servings can become heavier with strong anxiolytic effects.

Borogu from Vanuatu – This is one of the most popular strains of Kava. This balanced strain is suitable for a calming afternoon drink.

Samoan Ava – This strain is similar to the Puoni Ono and has a lighter taste than most other types of Kava. It’s considered a heady strain that provides relaxation without too much sedation.

What are the risks of using Kava?

The benefits of drinking Kava are much more widely known than the downsides. Still, excessive Kava use in high doses could potentially cause liver problems or other issues such as dry or scaly skin, light sensitivity, chronic fatigue, and appetite loss. Kava is not recommended for those with severe mental health disorders such as schizophrenia. Children or pregnant women should not consume Kava. It is also not recommended to take Kava with alcohol or mix the two due to the increased risk of potential liver damage. If you plan to consume Kava, nix the alcohol for the day.

Due to some anecdotal evidence, here’s a good reason to avoid mixing the two—Your body processes alcohol in two stages. First, ethanol (drinking alcohol) converts into acetaldehyde, an intermediate product produced when your liver processes alcohol. It then converts from acetaldehyde into acetic acid (vinegar), which is excreted. Usually, your body processes it quickly, but if it doesn’t, a buildup of acetaldehyde can be quite poisonous. Certain medications, possibly Kava—and even fruits such as grapefruit—can reduce the effectiveness of your liver enzymes and affect your body’s ability to cleanse itself of acetaldehyde and other toxins. Damage from acetaldehyde is also one of the main contributing factors to hangovers.

Researchers have not confirmed that Kava is toxic to the liver because it’s not clear whether Kava itself causes liver damage or whether taking Kava in combination with other drugs, alcohol, medications, or herbs is responsible.

In 2002, the Food and Drug Administration released a consumer advisory about the “rare” but potential risk of liver damage associated with kava products.

As of now, Kava’s withdrawal risk is presumed low. But while there is no evidence that people who regularly drink large doses of Kava become dependent on it, and there does not seem to be a risk of withdrawal symptoms, you should always exercise caution when consuming ethnomedicinal shrubs and herbs.

Where to find Kava at Front Range Kratom and CBD:

There are pros and cons to taking any supplements. Kava is generally recognized as safe by millions of people when taken in moderation and has a longstanding history within native groups. There are many benefits to this wonderful and cultural plant.

Try it for your next date night or girl’s night out! You can find Kava in store at Front Range Kratom and CBD or shop online at: purecoloradocbd.com/category/kava. 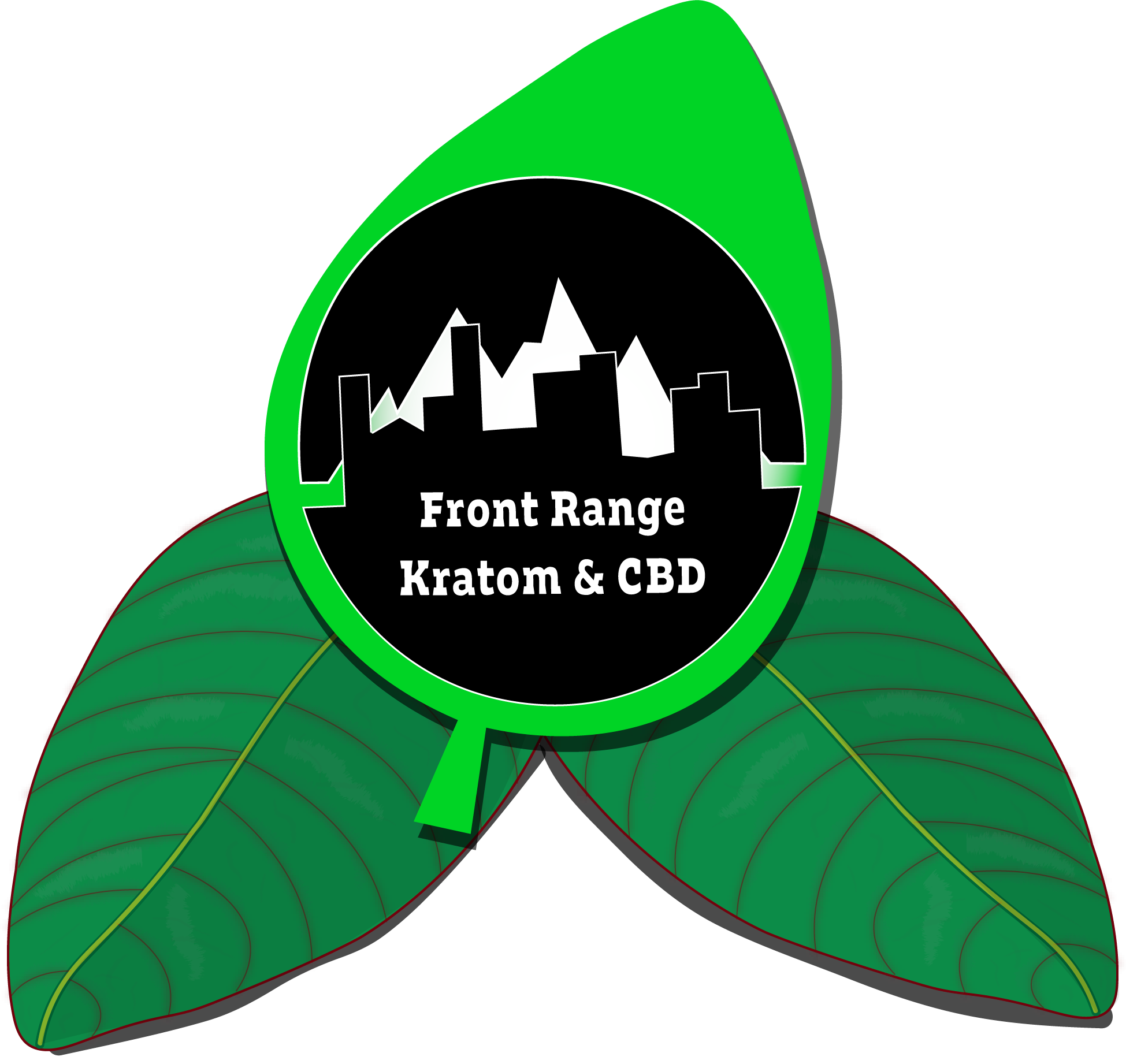 Subscribe to our newsletter below and never miss the latest product or  exclusive offers!

All orders over $100 are eligible for free shipping! Dismiss

Shopping cart
There are no products in the cart!
Continue shopping
0